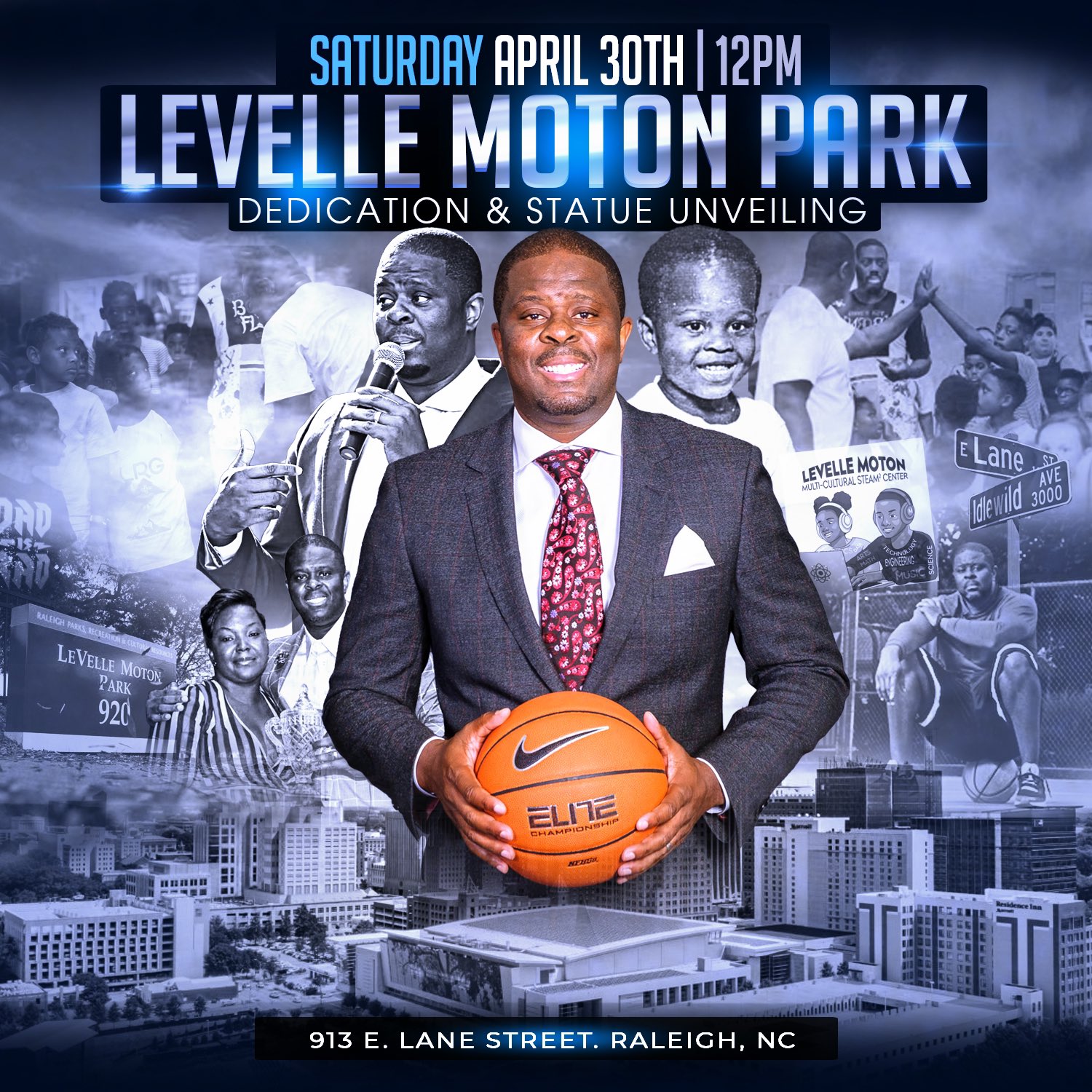 As our car turned the corner into the residential area surrounding the newly named LeVelle Moton Park, I was struck by a nagging sense that there was something missing. Something tangible yet untouchable, something on the tip of my tongue yet indescribable. Something that I was not able to identify until Chijioge Nwogu, founder of GameFlo, and I parked our car along the manicured street edge and brought our many donation boxes of PickUp TM card games to a perfectly polished basketball court in the center of the park. The court was flooded with people and cameras seeking to gain a glimpse of Coach LeVelle Moton on the day of his statue dedication. The lines of the court shone blindingly white below the tangerine-colored rim that loomed above us on the half court which added to my disorientation. Chijioge and I parsed our way through the throng of people, smiling gently and nodding sharply in the way that one is taught to do amidst strangers and stood in one of the few open areas of the basketball court. This, only after taking painstaking care not to obstruct anyone’s view of the broad-shouldered, smiling man sitting behind the podium who a less informed person might assume to be the president. After settling in and overcoming the initial nerves of a new social setting, I found that this mysterious sense of something missing had not disappeared.

Coach LeVelle Moton is what the OG’s (“Original Gangstas”—a term of endearment indicating one’s social status as an elder of his community, a prevalent term in many predominantly African American communities) refer to as a local legend. From the rougher side of Raleigh, NC, Coach Moton played basketball against some of the best and toughest players to come from the state let alone the nation. His rapport as a dead-eye shooter, and relentless defender led him numerous awards and a coaching career studded by countless wins and championships. As I listened politely to the stories about Coach Moton’s career, I began to look around me and immediately realized why I had been so shaken. For amidst the cameras, officials, and influencers, were pockets of people on the fringes of the court. People who were a bit quieter, a bit more mildly dressed, and a bit more grateful than the masses who occupied center court. These were the people of Lane Street, Raleigh, NC. The people who raised Coach Moton, saw his successes and failures, and were the people who were being pushed out of celebrating what was rightfully theirs. Just like their dilapidated homes surrounded by tall, expensive townhomes that high-income families bought in search of jobs with the tech giants in the area, the people of Lane Street who made Coach Moton who he is today were being edged from the court dedicated to him.

That is, until Coach Moton walked up to the podium. It would seem Coach Moton had recognized some of the same issues that I had seen during my short time on Lane Street, for immediately the tone of the event changed. Instead of touting his accomplishments, Coach Moton spoke the name of each person in the crowd, giving his family of Lane Street the platform they deserved in this life but would likely not receive. As he spoke, the pockets of people began to step forward towards center court, into their brief spotlight. The revered silence of the event quickly transitioned into a hooting family affair with shouts of joy and praise ringing out from all across the court as different people heard their name called or they celebrated the name of another.

As I watched this event transpire, I realized that Coach Moton was seeking to do what we at GameFlo have made our express mission. A mission that is easier said than done. A mission to reclaim that which was taken. A mission to make a space where all are welcome and appreciated. A mission, to give voice and appreciation to the many athletes, designers, artists, and people who otherwise might not ever have a chance.

“Gaming that Represents Everyone”

-Nehemiah Stewart on Behalf of GameFlo